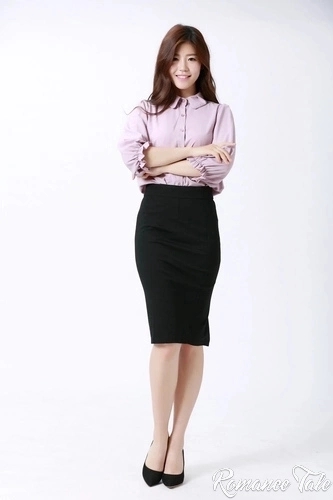 I read your article titled “something has got to give” I believe it is more profound than an article. It is more self-analysis of a successful career person. I liked the writing because it focused on a percentage of men today who recognise the growth of women in business, politics and entertainment industry dating from the 1960s to present. Young men, a decade from now may not understand the difference between a career woman in the 1960s compared to today or a decade from now.
One particular setback in the article is its lack of attention to immigrant women, lower classes or ethnicity. Some people say! We have blacks and other minorities working in the office, however, are these people really what equates a Black Canadian, West India or any other person of colour. That said I believe we all should feel free to bring our culture to the community or village. I liked the expression of the world village because it brought out a lot of what you stand for and what is right and wrong about Canada.
In the early years of colonisation, the colony of Upper and Lower Canada consisted of villages. Villages continued right into the early 1900s. You had Lutheran villages/townships, Irish, German townships, Roman Catholic, Anglican, Black Canadian, Mennonite, First Nations, and other villages. In those days it was difficult to marry out of your community. For example! “an Irish man marrying a woman from A high Anglican township in Toronto or the surrounding area would have been unheard. On a positive modern sphere, the word village works nicely because you refer to your outstanding company as the core of the town/village and how co-workers helped indirectly to nurture your infants when you brought them to work.

I like that aspect of the article, however, the women who have to use a subsidised daycare, or go on unemployment when pregnant. They without malice look at you as a privileged woman instead of a successful person. The article touches on supporting spouses career, trusting and hoping not to hold back employees working together on your projects. That brought out so many positive ideas concerning operating a global business and keeping the workers happy and focused. Overall it was a good read rated 9.0/10. The journals evoke responses such as mine which you might say to yourself who is this guy. Furthermore, the writing may have been written only for a young woman heading towards that specific village and career choice. That said! I think you’re a perfect candidate for mayor of our city. A spoke person for change and strengthening the villages/town. The sector I’m talking about is the one who appeals to women’s organisations and movements.
The world opened more leadership positions for women who have educated themselves and fought. A way of fortifying those achievements and making sure those achievements remain alive in books and video is to advocate and begin the fight for changes within our college and university curriculum. Ontario should have updated the curriculum twenty-five or more years ago. I believe every student male or female should take one full credit in women’s study to graduate. For example, a course in the History of women’s movement, feminist writers, women in business or politics. Medieval women, women in today’s society, women and violence. A young man or woman may never become a president. However, it is vital that someday they connect with a group of people on all subjects. I once discussed with an avid feminist and stated to her feminism will only be recognised when feminist become accepting in registering young men as well as young women. It is essential to keep the memories of all people alive who took part in the fight for equality. I strengthened my argument by stating the forgotten roles of white abolitionists who helped thousands of slaves to freedom to the Northern United States and Canada. Nobody is concerned about the efforts of white abolitionists.
I also brought in a lesser known male protagonist in the feminist movement. Henrik Ibsen who wrote the dollhouse, a play about a woman wanting independence and divorce. The script took part in the Victorian era. Ibsen was a male feminist and women need to learn about these people. It is vital for women to change the social village of the women’s movement. The first step to recognition in both sexes is higher education and our curriculum. It’s a tragedy young people today do not incline the term the fabulous 5, that made up, Nellie McClung, Emily Murphy, Henrietta Muir Edwards, Louise Crummy McKinney and Irene Parlby. In 1927, the five activists petitioned the Supreme Court to have women declared “qualified persons” who were eligible for public office as senators. If not for women and men as mentioned the women of today would be in the position they were in the 1970/80s.
That is why Ms. Gorrie is one of less than one twenty-five women in Canada who is more than capable of marketing these ideas and changes to the province and post secoundary institutes. People complain about the cost of education. However, the price is a fraction of the problem if we don’t use that money to expand, enlighten and develop young people who will socially carry a new cultural gene into the future. In Canada, we have successful people who ignore the path of restructuring the post secoundary educational system. Without these changes, professional and all jobs will gradually revert to a male directive hegemony for leadership roles.