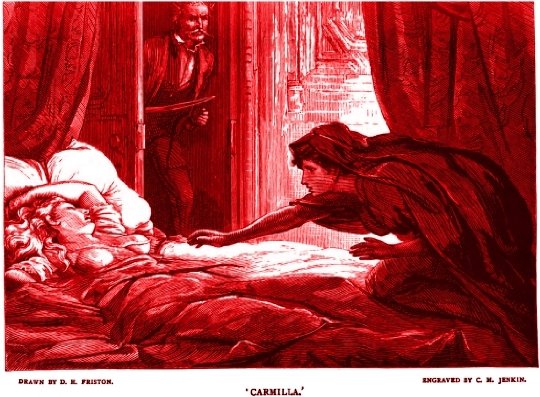 A character is an individual or creature in an art form of the narrative variety such as a book, theatre, painting or film. The character Elizabeth Bathory, from the film, The Countess and the vampire Carmilla from the novel titled, Carmilla written by Sheridan Le Fanu has two powerful female characters who are opposites in life, but in death, you see the characters evil similarity.  For example, the basic component to both characters is flat versus round character. An explanation of a flat character is an uncomplicated person. The definition of a round character is a complex figure. Furthermore, the settings contributed to differences and similarities in that the vampire is only able to function from sunset, whereas, Countess Bathory, is capable of movement in the day or night. Finally, the theme and plot differ in that the vampire Carmilla only code in life is survival and evasion, whereas, Countess Bathory, life involved governing and social bonding. In the end, the differences equate eerie similarities in the passing of both females. The purpose of the essay is to explain the differences in the two characters. The conclusion identifies if the two characters are innocent victims or evil monsters and if they any similarities. 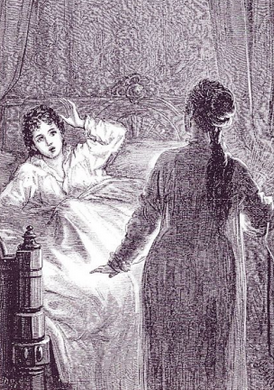 The vampire Carmilla comes across as a flat character in that her personality is relatively the same throughout the story. A vampire uses dark powers to disguise his or her true intentions. The community where Carmilla dwelled is a very lonely place. On page 5, the narrator states that the hall door towards the road, the castle stands fifteen miles to the right, and twelve to the left. Also, the nearest inhabited village is about seven miles, and the nearest mansion is that of the old General Spielsdorf, nearly twenty miles away to the right. (Sheridan & Sullivan, page 5) The isolation plays into Carmilla strengths because it enables her to disguise herself as a young girl in distress only to feed off the blood of victim and move on to the next household. There is no need for multiple characters; she is the innocent girl who sleeps late and rises at sunset to feed on victims. All of the men and women in the story are oblivious to the vampire until the end, and that allows Carmilla to settle into her character. On the contrary Countess Elizabeth Bathory is a complicated subject because round characters are complex and undergo development, sometimes sufficiently to surprise the reader. (Flat & Round) Countess Bathory is the epitome of a round character in that we get an account of her turbulent life from a child to adulthood. More important to the comparison the movie portrays periods in her life as an innocent child, a dedicated Protestant ruler, a social butterfly and a cruel tyrant. As a young child, the Countess Bathory suffered at the hands of her mother. Elizabeth witnessed executions and tragedies the normal person may never experience in a medieval lifetime. At 3.50 of the video, the Countess is impregnated by her peasant lover, and she forced to watch his execution. (Delpy 3.50) Unlike Carmilla, the Countess Bathory may have developed manic depression due to the emotional and psychological abuse by her mother. It’s hard to gauge Countess Bathory because in one part of her life you show empathy because she dedicated to preserving the freedom of her people, she shows kindness to servants, and she comes across as a woman destined to liberate all women. Countess Bathory character changed for the worst at the onset of the breakup with her lover Istvan Thurzo. At 40.58 of the video, the Countess receives a forged letter stating that her lover no longer wishes to see her he’s found a younger woman. (Delpy 40.58-42.00) The Countess personality declines to depressing, abusive and pure evil. The Countess is desperate to win back the love of Istvan, so when she abuses her servant and the girl’s blood lands on her face. The Countess imagines that the blood transformed her skin into a younger woman. It’s a turning point to madness and evil because her bloodlust increases and she obtains instruments that would instantaneously kill and draw every drop of blood from victims. At this point of the story, the Countess character is similar to Carmilla because they have no value for life. Both women seek only the blood of a young girl preferably a virgin. 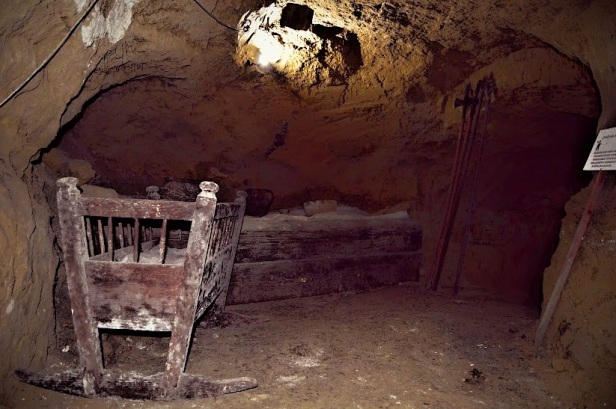 The previous paragraphs show how the two women’s life differs but connect in death. The following paragraph shows how the setting differs yet still connecting in the end. In Countess Carmilla the story is narrated by a young woman preyed upon by a female vampire named Carmilla, later revealed to be Mircalla, Countess Karnstein. (“Carmilla”) The setting for Carmilla is in the town of Styria. Research shows that Styria is a luscious region in the south-east of Austria with vast forest, isolated towns and rich lands for farming and harvesting of wines. (“Styria”)  Styria is an ideal location for a vampire born in the 17th-century vampire. The writers identify the time of the story being a little more than a century after Carmilla birth. The setting is early eighteenth century Europe and the young girls spend much of the time alone. Countess Bathory was born August 7, 1560.in the territory of Hungary. (Hickey pg. 44) The region of Hungary where Countess Bathory grew up is much like Styria Austria in that the peasants lived in isolated villages controlled by noblemen living in the large medieval structure. The difference is the Karnstein estate as long declined slowly giving into another form of rule. In Elizabeth Bathory era the movie depicts the nobility and church as having divine power to rule the land and enslaves peasants. Elizabeth Bathory power and a threat to society came from wealth and family name. Carmilla power involved the supernatural, innocent beauty and the nightfall. As Elizabeth goes downwards into her depravity, she shuts herself away from society, having only the closest of her gipsy servants to murder and drain the blood of her victims. In fact, her closest friends all had sadistic practices related to Sadomasochism and witchcraft. Like the vampire, the Countess surprises her dirty deeds for protection. 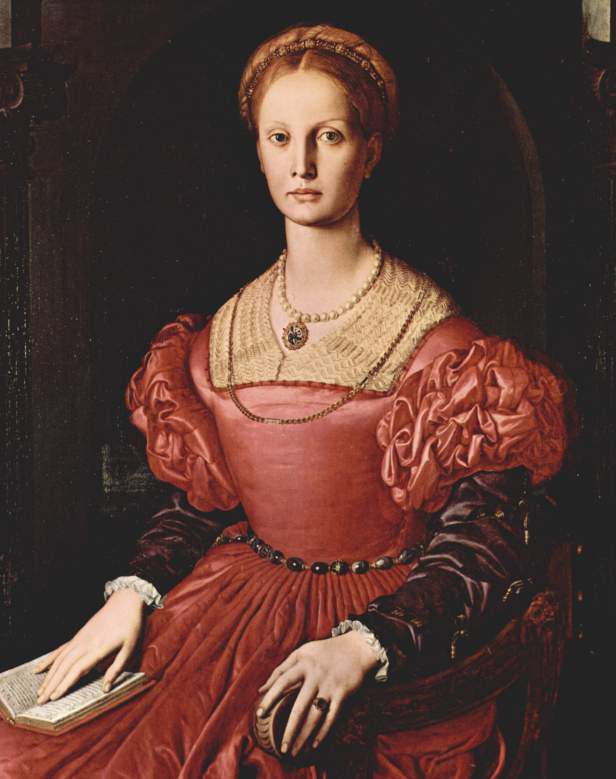 The author Sheridan Le Fanu uses many themes of vampirism in the novel. For example ruined gothic castles, transformation into a living thing, and ruined church. The story promotes females having same-sex attraction to each other.  The sexual seduction is minor in that the writer hopes to convey the message that the young lady is a blood sucking creature. The writer implies that Carmilla is a lesbian so subtlely. The narrator states she used to place her pretty arms around my neck, draw me to her and laying her cheek next to mine draw me to her and say, if your heart is wounded my wild heart beats with yours. Carmilla would bring her closer and kiss her lightly on cheeks and lips. (Sheridan pg 29) The narrator goes on to state she always felt awkward during these rare embraces and cuddling and small kisses. Female vampires are often seeking the company of a female in gothic writing, but it is the strange dreams that merge with reality, the mysterious gypsy-like characters and the bedroom scenes. The novel Carmilla is written to shock and scare the reader, whereas the movie is depicting the life of Countess Elizabeth Bathory, is presented to educate and understand. The Countess Elizabeth Bathory differs from the vampire because she socialises with more people. Both characters share a sexual attraction for the same sex. In my eyes, Carmilla personality shows her being more comfortable with young women whereas the Countess is open about sexual attraction for men and women. The Countess comes across as a social butterfly a woman to be respected and highly regarded in a time where women had no real rights to power. Here you encounter a powerful woman. The theme in Carmilla is blood, deception and the supernatural; ironically the story of Countess Elizabeth Bathory is the same theme but played out in different circumstances. The Countess does not need blood to survive, but she craves blood to make her feel better. Both use deception, but the Vampires deception of humanity is fear of the sunlight. Elizabeth Bathory deception is to hide from the world, the embarrassment of her social standing. The Countess is interested in witchcraft and Satanism, but a vampire is a form of a demon.  The story of the Countess is pure melancholy and sadness. You the scholar are more saddened that so many innocent women died.  The vampire novel provides an escape to the macabre. The story of Countess Bathory is grotesque horror and gloom. 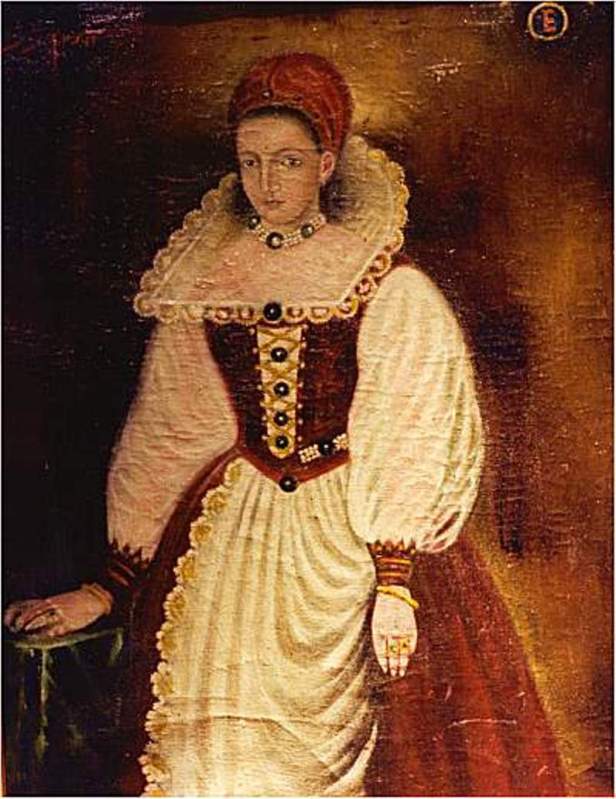 To conclude, neither character is an innocent victim of society. Ironically, only in death do we realise the true evil in this world.  Carmilla is a wicked manipulator who feeds on the blood of young girls for more than a century. Also, Carmilla is an unwilling victim of a vampire. Who knows the type of person she may have been as a human. Throughout the story, the vampire gives you so much indication that she felt something for Laura who in fact was a distant relative. During her stay with family, many young girls died in the village. It is possible Carmilla occasional drinking of Laura blood is romantic and sexual in nature.  Countess Bathory is on the opposite sphere in that you cannot blame her behaviour on a cruel childhood although she had a tough life up until age fifteen. The Countess had a choice to live her life and make the world a better place for women. In the end, she succumbed to witchcraft, sadomasochism, and murder for misguided intentions. The Countess had choices whereas, the vampire has no choice.