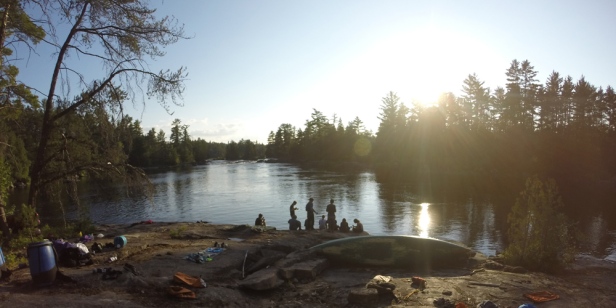 As we approach reading week and I think of all the assignments and presentations due, the journal writings that depict the Indigenous culture and ways of knowing stand out as the most critical dialogue to date in my college career. My readings and documentary films prove that Indigenous people were the key factor in Europeans surviving in the new world. Moreover, the Indigenous stories of creation resemble all stories of creation, and my personal study proves that the Indigenous people were strong and brave men who fought to the end for freedom. The journal introduces various aborigine stories on creation, first contact, the formation of reservations, residential school, the damage created by the government. Our conclusion is a position on whether the various nations will survive and the culture. 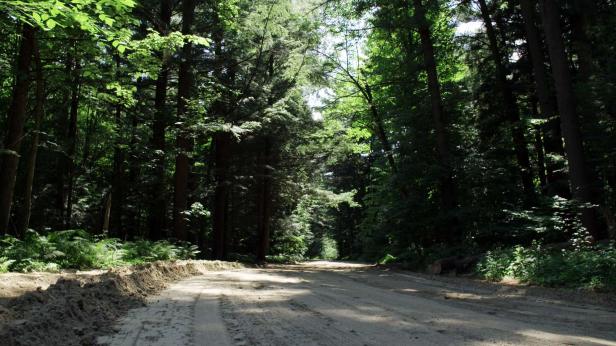 They are over 200 Indigenous nations in Canada from the east to west coast and Southern Ontario, Quebec and  Inuit region in Northern and Arctic Canada. The traditional account of the story of creation in the Inuit community is the raven who created the world. The raven who fixed the water in a place with his beak when the waters threatened to overflow the lands from the depths of the earth.  The first land formation had one family in a house. According to the legend,  the father had a bladder hanging over his bed. After much pleading by Raven, the father allowed the boy to play with the bladder. While playing with the bladder, the raven damaged the bladder and light appeared. Today the struggle is between the father and son over the bladder thus creating the day and the night. (Inuit, , n.d.,para 1) The First Nations people have other stories on the creation and the animals. The other creation story is the Ojibway story told by the Anishinaabe-speaking people of Ontario and the  Midwestern United States. The orator in the video states that long ago, after the Great Mystery, or Kitchi-Manitou, first put people on the earth, the Anishinabe, or Original People, strayed from their peaceful ways. Brother turned against brother, and soon the Anishinabe were killing one another over hunting grounds. Seeing that harmony and respect for all living things no longer existed on Earth, Kitchi-Manitou decided to purify the Earth. (YouTube Library, 2011) The great flood took over the world, and only Nanabush survived with the animals who took turns riding on the log. Nanabush had a plan to create land by diving to the bottom of the ocean to grab a patch of land. Nanabush and all the animals tried, however, it was a muskrat who retrieved soil, though dying in the attempt. The turtle who sacrificed himself by having North America grow on his back his a respected member of species on planet earth. Today the Muskrat blessed with living the good life no matter the habitat or weather. Our Indigenous people create stories similar to Greek mythologies,  Hinduism and Christianity. In Christianity water is a symbol of purification such as the Ojibway and other Aborigine myths. It is ignorant how old history books, Hollywood movies, and European societies characterise our brothers and sisters savages. The First nation’s people practised a faith that gave an equal spirit privileges to land and water for all the creatures of creation along with man. Our indigenous people knew the significance of respect for the earth thousands of years before civilised European population. We have a lot to learn from our First Nations people about nature, healthy choices survival in the wilderness. Our next point in Journal discusses the initial contact between Europeans and the people of the First Nations.

Although we have evidence that the Vikings visited North America long before Christopher  Columbus, this journal starts the story from early 1608, and the establishment of Quebec and New France by Samuel De Champlain. By 1608, the French had extended their influence and trade alliances from the east coast of Canada, along with the St Lawrence River and into the Great Lakes and down the Mississipi River. (First Peoples, 2007., para 1) The British settled in the Hudsons Bay and the South is known as the 13 colonies. Trading, politics, and discovery is nothing new to the Indigenous people who had mapped out territories and had an agreement with other nations thousands of years before contact. Our historical accounts depict a story of the indigenous population dying from smallpox and various diseases brought over from Europe. The disease is not lasting. However, colonialism has lasted to the present day.

Canada is a Commonwealth country and the past century has seen nations such as Indian, the African continents and Caribbean gain independence and freedom for their indigenous populations and people descended from slavery. According to Jacqueline M. Lachin, colonialism has never ‘ended’ in Canada; the continuing legacy of colonisation is the egregious economic and political inequality between Aboriginal and non-Aboriginal Canadians. Canada has an ongoing practice of ‘internal colonialism’ on the First Nations reserves, and a broader, neo colonial relationship with all Aboriginal peoples in general (Lacchin, 2009, pg 3) Colonialism is theft, subjugation and systemic racism of a group. England interest in the New World revolved around mercantilism. Mercantilism is economic nationalism an idea developed by the French and British to enrich and empower the nation states. Mercantilism enabled the mother country not to demand supplies from competing nations. Ultimately sucking the blood from the lifeline of the New World. Mercantilism is colonialism first son, and it is safe to say France, Holland, Britain, Portugal and Spain exhausted the resources from North to South America and the Caribbean Islands. 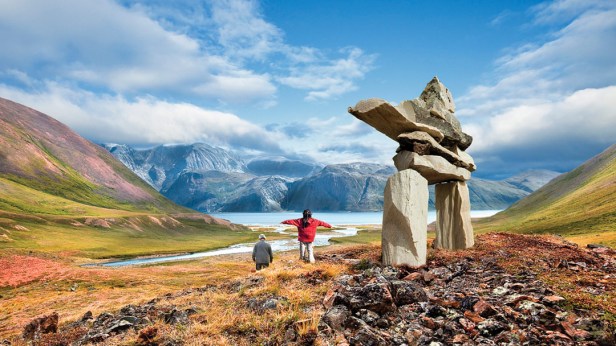 By the 1860s, the HBC actively encouraged Native trappers to enter land treaties with the federal government to shift the cost of providing burdensome Native income support to the government; in effect, annual treaty payments constituted an indirect government subsidy to the HBC. (Lacchin, 2009, pg 4) The nineteenth century witnessed a more aggressive position to annexing First Nations lands. In 1867, The British North America Act declared reserved Indian lands the responsibility of the federal government. The government had trapped the Indigenous people on their lands. More important to the story from my research the government had effectively left no lands for Metis speaking people. I recount a story of the Metis population in Southern Alberta and Saskatchewan who had built a homestead on land only to have the government remove them from lands they had farmed for generations because they had not taken out deeds to lands. (Campbell, 1973)  The plot to segregate Metis from Treaty people effectively had Metis marrying white with the belief that Metis will forget their Indigenous heritage. Maria Campbell writes a vivid account of her family history and her connection to the hero of all First Nations people in this day and age Louis Riel. 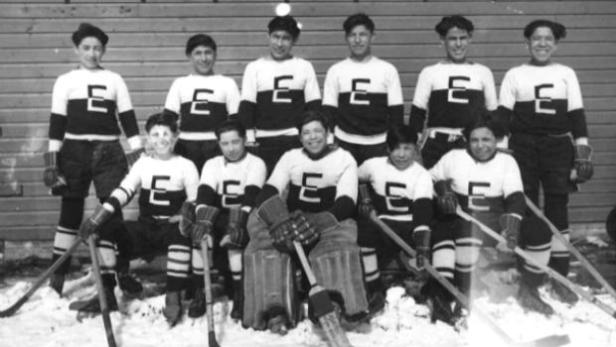 The next step in the Canadian government colonial policies is the establishment of the residential school system operating from the 1880s into the closing decades of the 20th century. (Indigenous Foundations, 2004. paragraph 1)  The object of the schools is to remove the children from their culture and families, to have them forget their languages and way of livelihood. The problem is the schools provided the children with an inferior education, extremely physical-mental abuse, along with sexual abuse and murder. The government reports indicated more than 6000 children lost their lives in residential schools by 1920.  The government believed and wanted the Indigenous people to die out, and they continued a racist and cruel school system well into the late 20th century. The last residential school did not close its doors until 1986. Many of the leaders, teachers, parents, and grandparents of today’s Aboriginal communities are residential school survivors. (Indigenous Foundations, 2004. paragraph 20)  Furthermore, the Canadian government issued a long-awaited apology. On Wednesday, June 11, 2008, the Prime Minister of Canada, the Right Honourable Stephen Harper, made a Statement of Apology to former students of Indian Residential Schools, on behalf of the Government of Canada. (Gov of Canada, 2010, para 1) The final report showed that the government removed 150000 children removed from their families and communities in the last century. Furthermore, the surviving members and families still suffer the effect of residential schools. The next paragraph will outline the consequence of colonial policies effect on First Nations people. 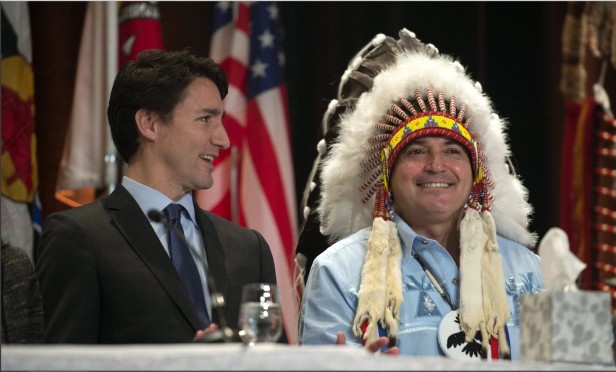 The outcome of colonialism is devastating to all Canadians, more, our older brother and sisters the first people to settle the land some 10000 years ago. The white settlers introduced alcohol, drugs, and poverty to our First Nations people.  According to Lacchin, colonisers interrupt Native ‘ways of life’, creating a situation of external political control by, economic dependence on the colonial settlers.  Moreover, the colonisers provide the reliant, indigenous population with a substandard quality of social services— keeping them underdeveloped—and justifies this ‘inhuman’ treatment by invoking an ideology of racism. (Lacchin, 2015, pg 5,6) The outcome is a people who have lost a great part of their culture and language. Professor Angela  Mashford-Pringle stated in the course titled, ‘Indigenous ways of knowing, that more than 70% of Indigenous languages are in danger of dying out because the teachers are too old to teach the language. Language is so important with regards to teaching culture and the indigenous way of knowing. The white man introduced drugs, prostitution, alcohol to the weak and poor. Inbred in the psyche of the people are the problems of teenage suicide and the barbaric murders of Aborigine women and young girls. Aborigine communities have the highest unsolved murders and incidents of teen suicides in North America. Studies show that societies, where young people raised by one or no parent along with high poverty and unhealthy conditions, creates a pathway to destruction. The numbers state that nearly one-quarter of First Nations adults reported contemplating suicide at some point in their life, according to a 2008-10 survey by the First Nations Information Governance Centre. These figures stand in contrast to the just 9.1 percent of adults from the general Canadian population who had similar thoughts. (Suicide Among First Nations, 2016, para 1)

In conclusion, Aborigine culture is stronger than it was in the twentieth century. Our colleges and university have begun the process of implementing excellent programs in the study of our Indigenous groups. It’s more than funding; I feel it pride and a national identity will lead our warriors/ brothers and sisters into the 21st century. Gone are the days when people perceived every aborigine people of the reserves as drunks and prostitutes. Then again the previous statement as to be placed in context nationwide. I like the future for our First Nations in that Metis and mixed-blood people who have lived as white for more than a generation is coming out representing the culture and putting effort into keeping the culture alive. The key is to have more people of Indigenous background to become teachers and serve in positions once not readily available to our First Nations people. A prime example being police officers, mayors, counsellors, educators, and artist. It would be nice someday to see a person of First Nations bloodline becoming the Prime Minister. The key is to let people live their dreams. Anything is possible.

One thought on “Indigenous Canada”