The Taiping Rebellion and reason for its downfall
Courtney H Duncan 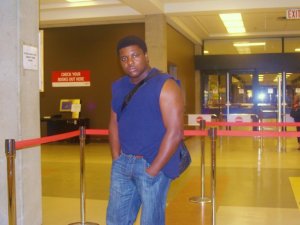 Sheridan College Davis Campus
Author Note
Thanking 2nd career, clients at Seva food bank
Abstract
In the nineteenth century, the Qing Dynasty faced a series of rebellions and uprisings which threatened to overthrow their dynasty. The greatest of these was the Taiping rebellion (1850-1864), which for much of its course was centered on Nanjing, thereby splitting the country in two. In the 14 year period of fighting it is estimated that 20 to 30 million people lost their lives. (Roberts, 2013, pg 169) The leader of the rebellion Hong Xiuquan (1814–64), after failing his civil service examination for the fourth time, he fell ill and had a series of dreams where two Godly entities provided him with a sword with which to destroy and remove the demons of China. Hong interpreted the dreams as the revered men being God his father and the younger man being his older brother. In the summer of 1850, the God Worshippers movement entered a millennial phase. In anticipation of an imminent second coming to the adherents abandoned their houses, deposited their valuables in a treasury and practiced segregation of the sexes. (Roberts, 2013, pg 173). After being attacked by government troops, Hong declared the establishments, the Heavenly Kingdom of Great Peace and he anointed himself the heavenly King. Time after time the Qing troops were defeated and the Taipings were able to control half of China for fourteen years. During that period they had opportunities to secure a new dynasty but it never materialized because the Taipings dynasty lacked men with political experience, they failed to capitalize on economic opportunities, and socially they became disorganization due to internal fighting. The purpose of this essay is to explain why the revolution failed. Our conclusion agrees or disagrees with the Taiping rebellion having any lasting influence on China.

Political Misadventure
The Taiping rebellion had many aspects and had been the subject of numerous interpretations. Politically the rebellion had been hailed as an expression of a nationalist spirit directed at reforming Manchurian oppression. The political activities focused toward military objectives providing peace for the people. Some of the laws abolished by the Taipings were the binding of women’s feet, slavery, legal marriages and concubines. The most ambitious reform the new regime implemented a land opportunity where every man received a similar size plot of land. The ideas were brilliant, but the Taipings failed to place capable people in political positions to maintain order and the contentment of their subjects. Hong divided the vast territories he controlled into four regions having a northern, southern, eastern and western king. For example Yang Xiuqing the north King was a former seller of firewood. Except for Hong Xiuquan, the four Kings had no political experience or higher education.
The other two potential political allies Hong Xiuquan alienated were the old Ming dynasty and European trading nations such as Britain and France. The Ming’s were not only wealthy they had a legitimate claim to Chinese throne. Moreover, they knew the capabilities and weaknesses of the Qing since many Ming’s were placed in high political offices to govern cities in the name of the Manchu emperor. If The Taipings had set a council meeting the Ming to establish an alliance, they would easily have been able to defeat the Manchurian threat. Hong Xinquan controlled a region of more than 20 million people; however, he ignored the inhabitants in the rural areas ultimately killing and stealing from innocent groups who would have welcomed political change. The dynasty had military power but lacked political cunning. At a time when they needed to settle down rebuild and focus the Taipings alienated powerful allies and spread fear in the hearts of many including their followers seeking a better way of life and opportunities.

Economic Advantages Squandered
The citizens in the region of southern China were optimistic about the new dynasty. This view indeed was accentuated both because the Chinese sought Western advisers and weaponry and the Chinese were defeated by the British in the Opium War of 1839-42 and then the French and British from 1858-60. (Black, 2012, pg 56). The losses showed that the Qing had lost their invisibility and for once the most powerful empire in the Far East showed signs of becoming a colony divided up amongst Europe’s elite. The country is in disarray after the Opium wars and thousands of people lose jobs on the trading ports due to the restriction of trade. In 1851, the large Huang He river, burst its banks, flooding hundreds of thousands of square miles and causing immense loss of life and farmland. The Qing government could not provide sufficient aid as public finances for its funds has been drained during a recent war with Great Britain and the ongoing war against the Taiping rebellion. (Chung, 2005, para 5) The Taipings and their leaders failed to use their workforce and funding to stabilize a depleting economy. The new regime slaughtered and confiscated the lands of innocent men and women. The revolution brought millions of soldiers into unknown regions who would take their last supplies. Millions of people during 14 years of rebellion died of starvation and disease. For a society to survive people, needed to produce products, trade, sell and buy. The Taiping were primitive in that they made too many enemies within their territories as well as outside. The end results proved that life was better under Qing rule. Eventually, Taiping worshippers began to realize the harsh economic and social disparity between themselves and their leaders and heavenly King.
Social The Taiping rebellion like any other rebellion in Chinese history had religious inspiration. In the early years, its followers were required to refrain from the use of tobacco, opium, gambling and engaging in the practice of sexual activities. (Roberts, 2006, pg 174) Once Hong Xiuquan settled in Nanking, he left the governing to Hong Rengan his cousin and most trusted generals. Hong Xiuquan settled down to entertaining himself with 68 concubines and 258 female attendants. (YouTube Library, 2013) It was this time that the leaders would fight amongst themselves for gold and power. One of these leaders Yang Xiuqing began to chastise Hong and to usurp his prerogatives as supreme commander. Yang convinced Hong years before that he had the power to speak to the people through Gods’ voice. Yang criticized Hong in front of his generals that God wanted him whipped for kicking one of his concubines. On Sept. 2, 1856, Hong had Yang murdered by Wei Changhui, another Taiping general. Wei, in turn, became haughty, and Hong had him slain as well. (Feigon, 2008, para 10). The internal fighting served to weaken the army and the moral of his followers. On one occasion Hong executed a general and 20000 of the generals trusted men.
Many missionaries visited the cities; some would preach secretly to the people that Hong Xiuquan was not the true Heavenly King and the Taiping Heavenly was not the true Heavenly Kingdom. Hong Rengan lost his title as minister of foreign relations for this transgression. (Platt, 2012, pg 226) The missionaries reported the people living in fear for lives if they had somehow offended the leader who proclaimed himself the true son of God. The Taiping had managed to cripple the economy of the region, corrupt the regime with their politics and socially offend the Christian world with a religious dogma resembling an evil cult. It is surprising that the rebellion lasted for 14 years. The Taiping movement came close to overwhelming traditional ways and abolishing the caste system and the brutal treatment of peasants. The Taiping rebellion is instrumental because China of today adopted many Taiping ideology and reforms.
The Taiping Regime 1850-64